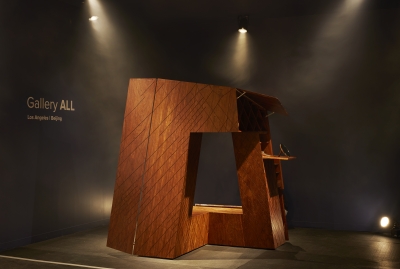 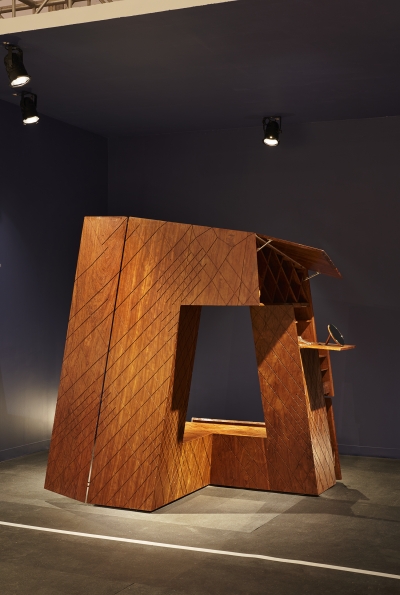 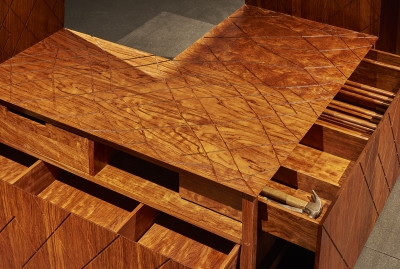 At Design Miami/ 2014 Gallery ALL presented an animated installation of the newest work from Li’s I AM A MONUMENT series entitled I AM A MONUMENT - CCTV. This series takes inspiration from the legend of the Han Dynasty emperor who had the entire landscape of China reproduced in miniature bonsai trees in his garden so he could gaze upon it from his bedroom window. I AM A MONUMENT - CCTV shrinks the landmark building to 1/100 scale and turns it into collectible furniture.

This desire can be seen as well in Chinese traditional paintings, which play with the idea of scale from a subjective point of view while minimizing the universe. In modern China, people want to possess icons and monuments to their age but they want to live with them at a domestic scale. Interpreting the entire Curio project as a chest of curiosities presenting the variety of practices engaged by designers in the world today, the I AM A MONUMENT – CCTV Installation for Design Curio 2014 includes animated fog that represents the billowing smog of Beijing’s wintery landscape, Chinese bonsai shrubs that inspired the entire series, both traditional and digital carpentry tools used in the work’s construction and personal items such as clothing that transport the public icon into the artist’s private world.