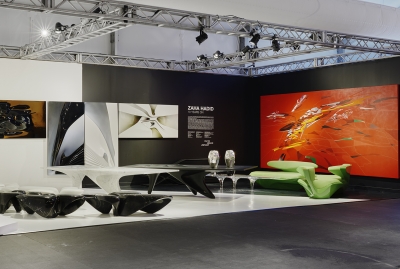 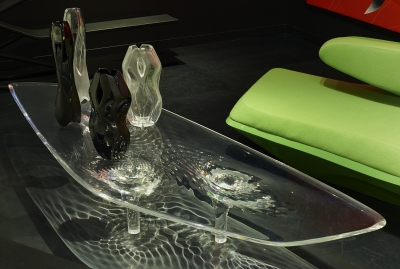 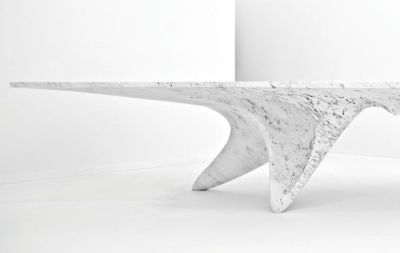 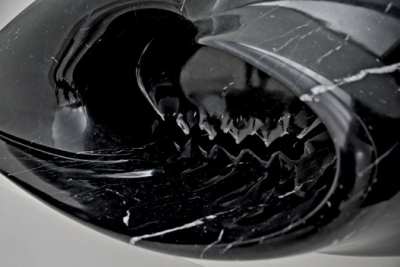 On the occasion of Design Miami’s 10th Anniversary, Miami Design District recognizes the significant contributions of Zaha Hadid to advancing the field of architecture in the ten years since she was awarded the first Designer of the Year award.

For the inaugural Design Miami/ in 2005, Zaha Hadid Architects was commissioned to develop the Elastika installation as part of her award. The piece evolved as an architectural experiment exploring concepts of connectivity – emerging from the rigidly orthogonal structural frame of the 1921 Moore Building’s atrium located in the Miami Design District. Elastika reaches across the space in a composition that transforms the heart of the building. Taking the formal concept back to its constituent parts – structure and surface – Elastika creates a four-dimensional world in-between vertical planes, linking spaces and floors across the atrium, changing levels and intersecting in mid-air. The piece is an extrusion of the spatial concepts inherent within Hadid’s architecture. Form does not follow only function but is also defined by the narrative of spatial flow; a fluid architecture that emerges from the city and also constantly makes connections.

The practice’s continued experimentation and research into materials and techniques is evident in the pieces showcased in ZAHA HADID/ 2005-2014. These collaborations are experimental, quicker to execute than the architecture projects and inspire creativity – an opportunity to express ideas in a different scale and through different media. The practice sees it as part of a continuous process of design investigation in which designs become more ambitious as new possibilities in design, material and fabrication technologies are discovered. There is a strong reciprocal relationship whereby more avant-garde designs encourage the development of new digital technologies and fabrication techniques – and those new developments in turn inspire Zaha Hadid Architects to push the design envelope ever further.